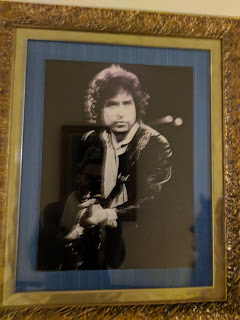 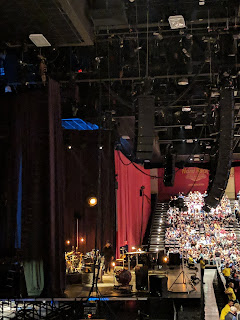 This past weekend my girlfriend and I went to the Hard Rock in Atlantic City to see Bob Dylan in concert. This is relevant to our class especially since we are learning about hearing at the moment. The venue was help in he Hard Rock's  concert hall which is pictured above. Bob Dylan is 77 years old and has never had the most soothing voice. His voice has not improved in his later years, but the band and the way the stereo system was set up made for a great experience. He did not play the guitar, but played the piano for every song and the harmonica for several which both sounded amazing. He did not move around the stage much so the sound technicians did not have to worry about that. The way that the speakers, and the concert hall was set up allowed for the sound to remain crisp and clear. I had an easy time identifying who/where the sounds were coming from. I couldn't really make out the lyrics unless i knew them already, but that is not sound issues, that is just him. Once you get used to his voice the words become more clear. Anyway we had a blast at the concert!
Posted by Adam Munsick at 5:00 PM