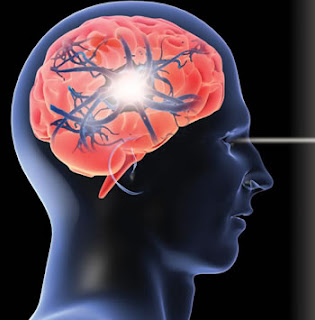 The definition of pain in our textbook states that pain is an unpleasant sensory and emotional experience. This reference to both sensory and emotional pain reflects the multimodal nature of pain which is illustrated by how people describe pain. When people use words such as throbbing, hot, dull, they are referring to the sensory component of pain. When people use words such as torturing, annoying, sickening to describe pain, they are referring to the sensory component of pain. Another important development in our understanding of the relationship between brain activity and pain perception is the discovery of a link between chemicals known as opioids and pain perception. This can be linked back to research that began in the 1970s on opiate drugs such as opium and heroin. These drugs have been used since we can remember to reduce pain and induce feelings of euphoria. Researchers had discovered that the opiate drugs act on receptors in the brain that respond to stimulation by molecules with specific structures. The importance of the molecule's structure for exciting these "opiate receptors" helps to explain why injecting a drug called naloxone into a person who has overdosed on heroin can immediately revive the victim. Naloxone's structure is similar to heroin's because it blocks the action of heroin by attaching itself to receptor sites that are usually associated by heroin. Some people wonder why there are opiate receptor sites in the brain. Researchers came to the conclusion that there must be naturally occurring substances in the body that can act on these sites. Neurotransmitters were discovered that act on the same receptors that are activated by opium and heroin. One classification of these transmitters are the pain-reducing endorphins. Ever since the discovery of endorphins, researchers have accumulated a large amount of evidence that links endorphins to pain reduction. An example given in the textbook states that pain can be decreased by stimulating sites in the brain that release endorphins, and pain can be increased by injecting naloxone, which blocks endorphins from reaching their receptor sites. Naloxone also decreases the analgesic effect of placebos. It is suggested that the pain-reduction effect of placebos occurs because placebos cause the release of endorphins. However placebos contain no active chemicals and their effects have always been considered to be psychological. A recent study has identified genetic differences in people that cause their brain to release different amounts of opioids in response to painful stimuli. As a result of this study, it was proven that those people whose brains released more opioids were able to tolerate higher levels of pain stimulation.