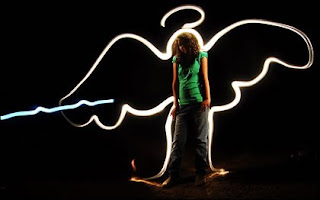 The Halo Effect is when a person's overall evaluation of another affects how s/he is percieved. A study conducted by Nisbett and Wilson in the 1970s shows how one acts can effect how others rank him/her overall. Volunteers were asked to watch a video and evaluate a teacher. They were split into two groups and saw the same actor with the same script, the only difference being whether the teacher acted warmly or coldly towards his students. The 'teacher' had a thick European accent, and was either warm and embraced questions or harsh and treated questions as a burden. In the end, the evaluaters were asked to rate the teacher appearance, accent and mannerisms. Those that saw the warm teacher gave higher ratings than those who evaluated the harsh teacher; even giving better ratings to the accent of the nicer teacher. This explains why people will pay twice as much for designer jeans, books approved by Oprah and cars driven by celebrities. After the ratings were tallied, the experimenters asked the volunteers why they gave they ratings they did and if maybe the fact that they liked/disliked the teacher had an effect. Most of the students said that this had nothing to do with their ratings and that the teacher deserved the rating given. So perhaps those jeans really aren't worth the $200 price tag, the book that great or the car that nice - it's all in one's perception of who is selling it.