One very interesting concept in our perceptual world is something called proxy touch. As humans, we have the abilities to touch things and understand properties about them without even physically touching them ourselves. Proxy touch is when you use a tool, probe, or some kind of object to touch another object, which then allows you to gain knowledge about different aspects of these objects. For example if you use a probe to touch another object, what happens at the end of the probe is transmitted through the probe to the skin. Once this occurs, you now can be aware of different properties of the object that you touched.

I believe that this is a very effective aspect of our perceptual abilities. It makes us able to be more aware of our surroundings and possibly protect ourselves from physically touching something ourselves that could be dangerous. Some examples of proxy touch that were mentioned in chapter 7 of “See What I’m Saying”  include using a knife to butter toast, and writing on a piece of paper with a pencil. When you butter toast, you do not directly touch the butter with your fingers. You use a knife to touch the butter and the knife lets you know how smooth or hard the butter is which lets you determine how much force is needed to get your serving of butter. Similarly with the paper and pencil, you don’t physically touch the paper with your hands. You can use the pencil to determine the texture of the paper which will furthermore determine how you write.

An interesting use of proxy touch was explained by the University of Alberta. They used a proxy haptic concept. Going into detail, they were trying to let individuals have a sense of touch to things that are virtual. Medical students stood in front of a mannequin that was laying down to imitate a patient. A virtual reality system was used and if the physical mannequin was in a similar position to the virtual person image, students felt as if they were really touching the mannequin. I do believe that proxy touch is very real. I realized that I use it all the time in my own life. One example is stirring soup. You can feel using the spoon how thick a soup is, and therefore how much effort you need to stir the soup. 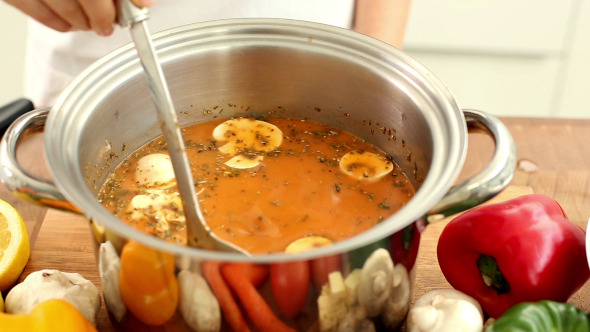