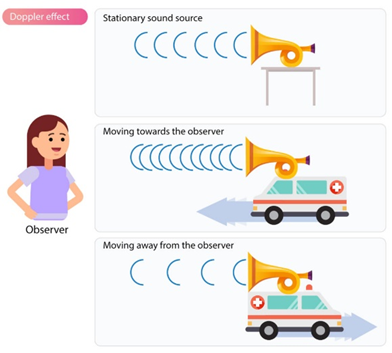 The doppler shift, also known as doppler effect, was mentioned in the book, See What I’m Saying in the beginning chapters. The doppler shift is the change in frequency of a wave in relation to an observer who is moving relative to the wave source. It is named after the Austrian physicist Christian Doppler. An example of this is when an ambulance passes you with its siren blaring. The frequencies change as the object moves further away or closer to the observer. A mathematical formula can be used to determine the observed frequency in the doppler shift. Blind people are able to interpret their surroundings by using this method whether they know they are using it or not. The doppler shift is often connected with the use of echolocation. The different frequencies allow blind people to determine when it is safe to cross a road and etc.

Posted by Kimberly Malouf at 9:46 AM