Below I have attached two photographs taken of New York City during a snowfall. I've realized that light has a huge part in how the picture turned out. Not only does it affect the contrast (which in turn will affect our perception to note that the photo is 3-d), but the light does more than that.

Here we see the light of the moon and the streetlights work hand in hand with the lens of the camera to capture the snow falling down. The light also helps to reveal that the snow is falling down very quickly because of how blurry the snow looks in both pictures. On top of this, the light seems to capture the center of attention, where our eyes would typically be drawn to those areas more often than other areas of the photo. 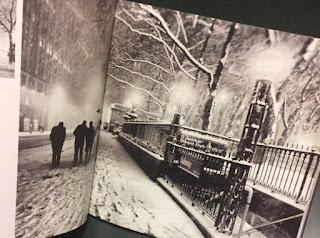 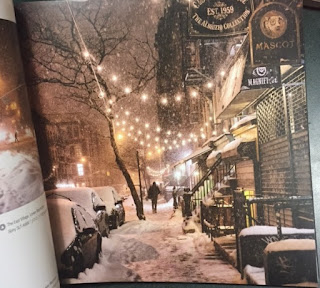