In chapter two Karl Wuensch discussed his fading sense of smell which was called Anosmia. I was interested in his story because I went through this in high school, and my aunt has had it long term for over 10 years,
When I was in high school I noticed my sense of smell was fading after a bad cold. I never thought I would lose it for almost three years. It was such a depressing time in my life because I love smells. I never knew what it was until I went to my doctor and was diagnosed with acute anosmia. He told me that chances of my sense of smell coming back completely were very slim. Luckily because I was young, it came back completely, without treatment. It was so freaky and I never really understood the problem.
My aunt also lost her sense of smell around ten years ago, and it has never returned, I cant imagine going ten years without smelling a flower, perfume, food, coffee etc. I completely agree with Karl when he stated that he missed the smell of people. Since my smell came back it has been heightened. I never realized that people I love have smells, but my mother has a smell and I always smell it on her pillowcases, and my grandmother. I can’t describe what the smell is but it’s comforting, and when you don’t smell familiar things it’s depressing. 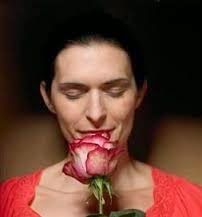