In the class lectures, I found it interesting how people with eye disorders see things differently than the average person. I found on the Center for Disease Control Prevention website that cataracts are the leading cause of vision loss in the United States. A cataract is the clouding of the eye's lens and can occur at any age, and it can even be presented at birth. I found that interesting that they can occur at any age because I thought that they only happened to elderly people. The treatment for cataracts is to get them surgically removed. There are three primary types of cataracts. 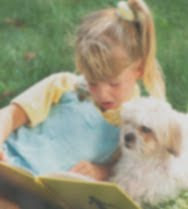 Nuclear Sclerotic Cataracts- is the most common type of cataract and it is primarily caused by the hardening and yellowing of the lens over time.
Cortical Cataracts-refers to the white opacities, or cloudy areas, that develop in the lens cortex, which is the peripheral edge of the lens. People with diabetes are mostly at risk for cortical cataracts.
Posterior Subcapsular Cataracts-it begins as a small cloudy area on the back surface of the lens and it forms beneath the lens capsule, which is a small "sac" or membrance that encloses the lens and holds it in place. People who use steroids, have diabetes, extreme nearsightedness, or retinitis pigmentosa may develop this type of cataract.
Posted by Tara MacDonald at 8:12 AM