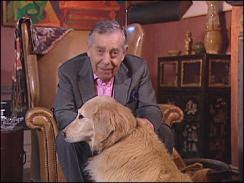 Dr. Donald Broom and Barbara Somerville, two researchers as Cambridge University Veterinary School set out and succeeded to prove that the value of a dogs sense of smell might be far greater than anyone ever realized. They published results of a double blind survey showing the miraculous abilities these dogs are capable of. “The results are unambiguous. Dogs can be trained to recognize and flag bladder cancer.”

There were six urine samples belonging to patients who are either healthy or suffer from some other disease, and one sample belonging to a patient who actually had bladder cancer. One of the dogs used in the experiment is a cocker-spaniel named Bee. Her job was to detect which was the cancerous sample. The result of the study was a 41% success rate. This may not seem like such a big deal, however according to the scientists they were very pleased and surprised by the results.