Years ago, I used to be plagued with migraine headaches. Migraines will simply stop you in your tracks! If you have ever had one you will understand what I mean. You will be forced to stop what you are doing. You will have to go lie down, take some type of pain reliever and go into a dark, extremely quiet place. Sometimes, this may not help and the migraine may last for hours or even days. I have on occasion fallen asleep only to wake the next day with the same headache. Luckily, through many years of problems with migraines I have been able to detect when a migraine is coming and head it off before it even starts.


Scintillating scotoma is a visual hallucination that occurs as a precursor to a migraine headache. This strange visual episode may begin as a pulsating light usually located in the center of the visual field. The scotoma becomes increased over a period of time ranging from 10-20 minutes and may contain arcs of white and/or colored flashes. The scotoma has the brightness of a fluorescent light bulb that flickers at a rate of 5-10 cycles/second. Eventually, the light may take the shape of a zigzag which is referred to as a fortification pattern. The scotoma prevents vision in those areas. Scintillating scotoma occurs due to abnormal functioning of the occipital lobe in the back of the brain. 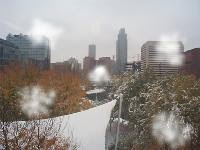 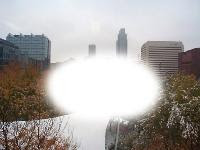 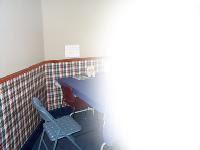 The above pictures may give you an idea about the visual anomalies that occur prior to the full effect of a migraine headache. I can only describe my own as small waves of light that come across the visual field like the blips on a heart monitor. Eventually, more and more come into view until all of your peripheral vision is moving like a kaleidoscope in a heat wave. Everything is blurred and moving except for the very center and you feel like you’re in a tunnel. Fortunately, if you take notice of the scotomas early enough you can take some ibuprofen before the headache comes. I’m not sure if this works for anyone else, but I feel like I have avoided a great deal of pain by taking something before it gets out of hand or causes debilitation.