Optical Illusions are notorious for tricking the mind into thinking it is seeing things that are not there. Messing with one's perspective can change their perception of an object.  Sometimes illusions are successful because of shortcomings in the eyes, but the brain is usually the most guilty for causing one to be fooled.  There is no definite reason as to why our brains get confused, but there are some theories on the process.  I have personally always liked optical illusions because sometimes people do not always see the same things as I do or someone else.

Scientists believe that neurons can actually compete with one another to see light and dark spots, therefore the winning neuron influences the message the brain gets and what one ends up perceiving. Another theory is that illusions fool because they capitalize on the brain trying to make predictions of what will happen next in order to compensate for the small lag time between the event happening and then being able to perceive it.  Sometimes the prediction does not match the reality the illusion shows. 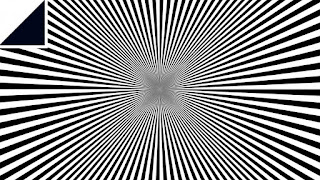 https://science.howstuffworks.com/optical-illusions1.htm
Posted by Brittany Corti at 7:51 AM