The other night I went out to eat for my friends birthday with a large group of people; we went to Angelos in Atlantic City. When we walked in, we initially had 2 more people than the reservation was set for so we were slated to wait an additional hour for a table to open up. That seemed ridiculous to me, but 2 people from the group decided to go to eat elsewhere since they were already tired, so we got to our table only 20 minutes later than anticipated. Once we were seated, the bread was really good with my concoction of oil, salt, pepper, red pepper flake and parm. After our orders were placed, it took about 25 minutes for the apps to come out, and an additional 40 minutes for the entrees to come out. Thank goodness the meal was amazing because I was really getting anxious sitting for so long without food. When I go out to eat I create this expectation of when I will be eating by and waiting longer than that expected time makes me uneasy. For dinner I got the veal chop. INCREDIBLE. With mushrooms, roasted red peppers and a marsala sauce. The one thing I really didn't like was instead of asking if we wanted dessert we were just brought a check. Bad customer service if you ask me. I would have gotten a coffee because I enjoy that after a meal. The energy in the restaurant was very positive. The sounds of the other tables talking and laughing and having a good time was definitely infectious. The smells of all the food was delightful and the taste was even better. Overall the food outweighed the negatives of waiting and an early check. 7/10 would go back. 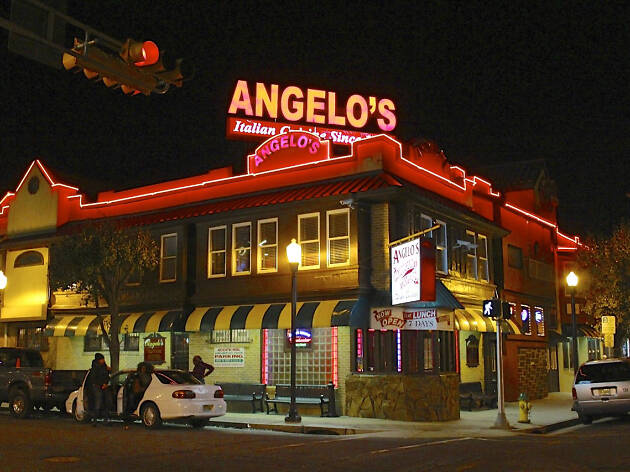