Sensory processing refers to the way the nervous system receives messages from the senses and turns them into motor responses. Obviously, there are many ways where this process can go wrong. Sensory processing disorder is when the messages do not get organized and sent to the appropriate places. People with Sensory Processing Disorder, or SPD,  find it difficult to process and interpret information received through the senses. This makes it hard for them to carry out various everyday tasks. SPD can effect one sense, for example movement or vision, or it can effect multiple senses.
A person with SPD may either over-respond or under-respond to sensation. Over-responding refers to the simplest sensory input being unbearable, like your shirt against your skin. Under-responding refers to showing little or no reaction to stimulation, for example: pain, extreme hot, and/or extreme cold. The SPD Foundation states that, "In children whose sensory processing of messages from the muscles and joints is impaired, posture and motor skills can be affected. These are the "floppy babies" who worry new parents and the kids who get called "klutz" and "spaz" on the playground. Still other children exhibit an appetite for sensation that is in perpetual overdrive. These kids often are misdiagnosed - and inappropriately medicated - for ADHD." ADHD is more commonly known among doctors, so misdiagnosis is common. Sensory disorders are also not widely studied during medical school.
The causes of SPD are still unknown and being researched. Treatment involves adapting to processing information in a way that is appropriate for him or her. People with SPD have brains that "are simply wired differently". Treatment can also involve occupational therapy paired with sensory integration. 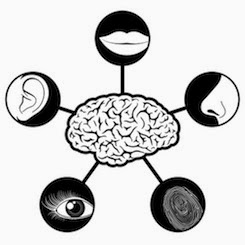