What I found most interesting, after reading through the chapters, was the reversible figure-ground patterns. A reversible figure-ground pattern can be perceived alternately, which means there are many ways to look at a given pattern. The book gives the example of the picture below. One could look at this pattern and see a white vase on a black background or two black faces on a white background. Gestalt psychologists noted the importance of the figure and ground properties. "The figure is more thing-like and more memorable than the ground." When the vase is viewed as an object, it is easily remembered. However, when the two faces are viewed as the object, the vase is perceived as the background which makes it less memorable. The figure is also being seen in front of the ground which attracts the eye to that figure.

Here are some other examples of reversible figure-ground that I found. 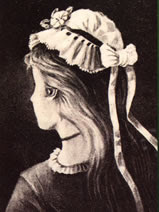 Is this picture of an old woman or a young woman? 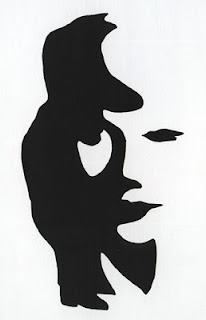 A man playing an instrument or the face of a lady? 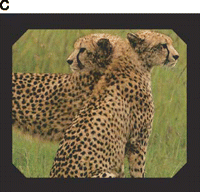 Which way is the cheetah looking?

Duck or rabbit?
What's really interesting to me is the way that the eye can look at one pattern and find two completely different objects. Take the duck or rabbit picture above. When I first looked at this picture I saw the duck. However, as I looked more closely and searched for the rabbit, my perception of the duck changed and the rabbit then appeared in place of it. The ducks beak becoming the rabbits ears. Very cool!
Posted by hhollywilk at 4:04 PM