How LSD Changes Your Perception 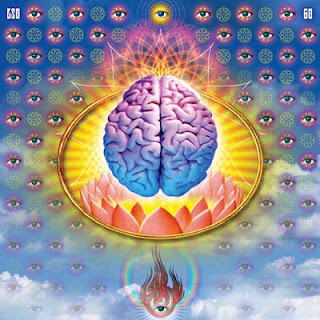 I am currently enrolled in another online class and I have to read a book on LSD for it. After reading quite a bit of it, it is safe to say that while under the influence of LSD, it affects the brain and a person's perception more than any other illicit drug. If someone takes LSD quite regularly, it is even possible to have LSD flashbacks while you are completely sober. LSD-25, or lysergic acid diethylamide, is a common well known hallucinogen first discovered in 1938. It is found in a fungus called ergot that grows on rye and other grains. Side affects include distortion of sensory perception, hallucinations and illusions, and alterations of thinking and self-awareness. It also has physical symptoms such as dilated pupils, increased heart rate and blood pressure, blurring of vision, and sweating, among others. In any case, it will affect your mind's perception of the world around you. If that perception is positive or enjoyable, it is said that you had a "good trip"- a term coined by the CIA in the 1950's. However, it is also possible for your perception of the world to be dark and very nightmarish- termed as having a bad trip.
So, what affect do hallucinogens have on the brain? Scientists have dedicated years of research to this question, and there still is not one concrete answer. One important detail that has been figured out is the effect on serotonin levels that hallucinogens have. Serotonin is a neurotransmitter responsible for regulating moods, appetite, sexuality, sleep, and sensory perception. LSD causes an increase in the level of brain serotonin, but they inhibit rapid firing of neurons containing serotonin. This is a negative feedback system in which as the serotonin level rises, the activity of serotonergic neurons decreases.
These drugs act initially on the serotonin system, which sends into motion a pattern of complex action potentials and activity. LSD also affects the way that the retinas process information and conduct that information to the brain. As little as 0.25 micrograms of LSD per 2.2 pounds of body weight can produce these effects!
The following video shows soldiers who were given LSD. In the 1950's, the CIA believed that LSD could be used as a "truth serum" and wanted to give it to POW's and other enemies. They tested it out on their own first, as well as many other unwilling participants:
A common housewife describes her perceptions while on LSD:
Posted by Lauren Z at 6:36 AM