General Overview:
Unlike many other classes I have taken, I really enjoyed reading this book and learn about how we perceive the world around us. First glance at the text looked complex and I felt a little overwhelmed but as I started to read through the chapters I became more intrigued with each chapter. Goldstein portrays all aspects of perception and sensation. He explained process of perceiving objects to the way our brain processes the objects we see. He included how the way individuals perceive light, motion and sounds. After reading the text in the book I have an understanding how individuals actually perceive objects and the functions in the brain that allow individuals perceive the objects, sounds, and motions that happen in everyone's everyday life.
Favorite Part:
I really enjoyed reading and learning the concepts in chapter five, perceiving objects and scenes. I thought this chapter was really interesting how we perceive scenes that we come across everyday. Even the same scene can be perceived differently if your position of your view of the object is shifted from either the left or right. Even one picture can be perceived as different objects. When an individual sees one object it is separate from its background known as the ground. In these types of pictures individuals can think the picture is one object then can alter what they think the ground of the picture is and see the picture as a totally different object. Another topic I found really interesting in this chapter was perceiving the gist of a scene. An example of gist of a scene is something that everyone does each and everyday, when we flip from one TV channel to the next to find the channel we want to watch. Even though we flip through the channels rapidly, only really seeing the channel for a glimpse moment we still get a grasp of what in on the channel. Researchers have shown that an individual can perceive the gist of a scene in 1/4 of a second. Observers are able to perceive gist of a scene so rapidly because of global image features which are associated with specific types of scenes which include: Degree of naturalness, openness, roughness, and expansion. I found both of these topics in chapter five really interesting on how we perceive certain pictures and scenes.
Expansion:
Of course of going to take what I learned in class to the outside world. Every chapter in this book gave me insight to the world around me and how we actually perceive it. Especially with everyday routines and one of Americas favorite activity of watching TV. Before this class I never though twice how fast I flipped through the television channels to find out what I wanted to watch till I read the class text. I though it really fascinating how individuals can get a grasp from each television channel in the time of a fraction of a second. I will now think of this topic every time I flip through the television. 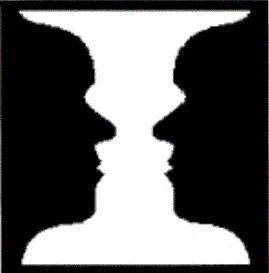